WHAT IS CHLORELLA? A MEDICINAL SUPER FOOD GREEN ALGAE AND POSSIBLY THE MOST POWERFUL NUTRITION SUPPLEMENT FOR TODAYS' NEEDS. 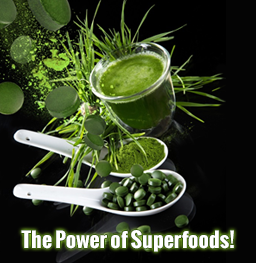 Have you ever wondered what is SO fascinating about Chlorella? Well, for starter, Chlorella is a microscopic (of 2 to 10 µm diameter) single-celled green micro algae that has existed on the planet for over 2.5 billion years! It was one of the first forms of life...

Indeed Chlorella had the role to filter out the deadly gases such as ammonia, methane and carbon dioxide to eventually change the earth's environment to one capable of supporting flora (plants) and fauna (animals).

Chlorella's cleansing abilities can be partly explained by the fact that it contains the highest known source of chlorophyll of any other plant. And Chlorella means green from "chlor" and small from "ella".

The green algae Chlorella was the first cell form to contain a true nucleus within its nuclear envelope. The cell walls serve to confine and defend the Chlorella cell unit, making it exceptionally resistant to changes in environmental conditions. Each Chlorella cell is complete.

Today, these qualities are bundled in Chlorella as a superfood supplement with multiple invaluable health benefits. (click here to find more)

The Discovery of Chlorella as a Superfood

As a medicinal green micro algae, Chlorella was first discovered in the late 1800's by a Dutch biologist, Beyerinck. Then, for over sixty years worldwide medical institutions and scientist have published scientific articles about what Chlorella is, and about all its virtues, as a superfood capable of fighting malnutrition, and as a remarkable nutrition supplement.

In fact, no other algae or superfood have generated as much scientific and medical interest as Chlorella.

Aside from being the subject of much medical research in the USA, Japan, USSR, Germany, France, England and Israel, Chlorella has been researched by the Rockefeller Foundation, the Carnegie Institute, the Pasteur Institute and NASA. As a matter of fact, because Chlorella is so complete, one could survive with it for a substantial period of time, according to the researchers from NASA who have investigated this particularity for astronauts traveling into space.

Since Chlorella had been found to contain over 50% protein, German scientists during World Wars I and II studied it very closely as a possible way to alleviate food shortages.

Later, during the 1950's, The Carnegie Institute in Washington took up the study where the German scientist had left off, and found a way to grow the green algae Chlorella commercially as a possible solution to the world hunger. Similarly, during the postwar food shortage in Japan, the Japanese government sponsored Dr. Tamiya to harvest and develop Chlorella commercially in order to produce of the finest nutrition supplements and superfoods in the world. 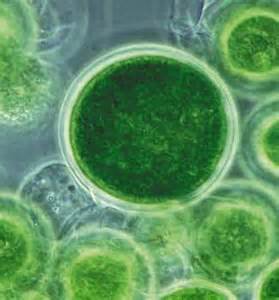 The scientists' interests resided essential in the discovery that the amazing superfood Chlorella, apart from its high protein and chlorophyll content, also contains an astonishing range of nutrients such as vitamins, amino acids, minerals, nucleic acids, CGF, enzymes, dietary fiber and other essential nutrients for human nutrition.

The tough outer cell of Chlorella remained indigestible until the 1970's. Only then, the medicinal green algae became available to mankind as a functional and superfood food when a patented procedure solved the digestibility problem by breaking down the Chlorella cell walls.

The main interest of Chlorella as a powerful nutrition supplement is that not only it is an entirely natural superfood but it also combines both extensive nutritional and pharmaceutical qualities (such as antiviral and anti-cancer properties), AND is completely bio-available thanks to the perfect synergy of its structure!

Because of its high quality nutritional composition, Chlorella as a green algae superfood is often considered by many scientists and health practioners alike as the "Queen of Nutraceuticals", and therefore as the most powerful whole food and nutrition supplement on the planet.

Another intriguing aspect of Chlorella is the "mysterious" Chlorella Growth Factor (C.G.F), which allows each Chlorella cell to multiply into four new cells every 20 to 24 hours, a mechanism called photosynthesis.

The extraordinary survival of Chlorella through billions of years, and unchanged until our modern times, is a testimonial to its inherent genetic stability, to its resistance to bacteria and pollution, and to its healing DNA repair mechanisms (3), making this green algae superfood an outstanding nutrition supplement.

This micro-algae owes its survival to two highly unusual features: its unique cell wall and its astonishing capacity of reproduction, reflected in its detoxifying and immune stimulation healing properties.

The popularity of Chorella in the East

Japan has become, decades ago, the largest consumer of Chlorella, using it as a medicinal superfood. Due to the early interest of Japan towards the green algae, and the country's history of exposure to nuclear radiation, Chlorella is more popular in Japan than vitamin C. Medical doctors in Japan also used Chlorella supplements for the speed recovery of the hospitalized patients.

Chlorella's popularity in the West is more recent and would gain to be much more widely understood for the astounding healing, nutritional, detoxifying, anti-inflammatory and nutritive properties it might offer.

Discover what Chlorella is, and about the profound health and nutritional benefits it may offer you. You will want to make it become part of your daily nutrition and health protocol, and find a two-billion-year old friend backed-up with decades of scientific studies and testimonials!

Take the first step to energize your life and implement positive changes, and unlike other herbs or fads that are temporary, you will be happy to have our exceptional quality green algae superfood to be a part of your powerful daily nutrition supplementation.