THE SUPERIOR BENEFITS OF SEAL OIL

Omega-3 fatty acids fall into two major categories: plant derived (such as flax seed, yielding alpha-linolenic acid or ALA) or marine derived, from fish oils or seal oil.
Our Bio+MEGA3® is a premium nutraceutical quality, made of fully certified, 100% natural harp seal oil that offers the following benefits: 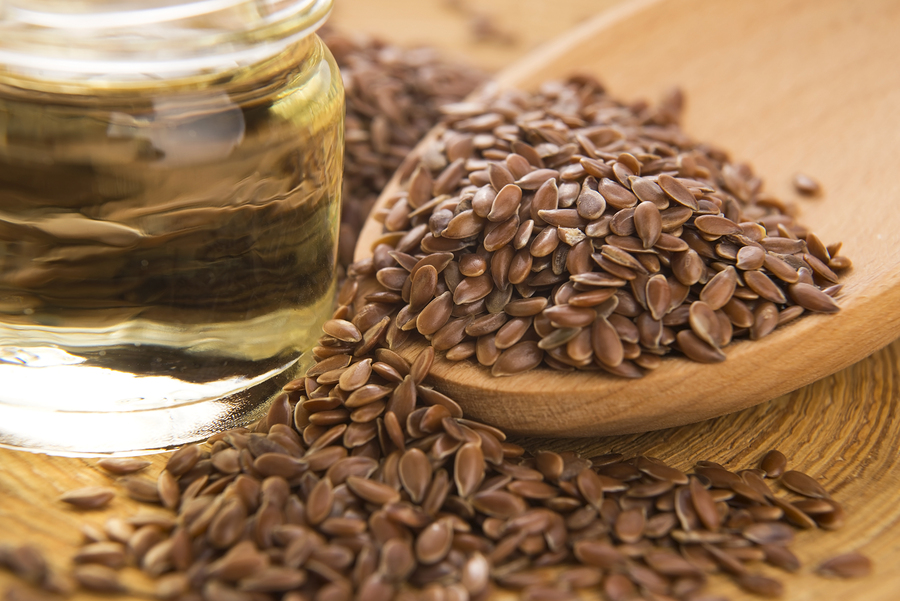 Flaxseed oil contains no EPA, DHA or DPA, but rather contains Alpha-Linolenic Acid (ALA) - a building block enabling healthy people to manufacture EPA. Theoretically, the body converts the long-chain omega-3 ALA to EPA; then EPA to DHA.
However, some factors can interfere with the ALA to EPA to DHA conversion.

The rate of metabolic conversion can be slow and unsteady, particularly among those with impaired health, since the conversion occurs only if all the body functions are fully developed and working properly.

This transformation not only takes time but is also difficult to measure. Most studies in humans have shown that whereas a certain, though limited, conversion of high doses of ALA to EPA occurs, conversion to DHA is severely restricted. It has been suggested that only about 15 percent of ALA converts to EPA and 5 percent to DHA.
( H. Gerster. Conversion of ALA and DHA. Internat. J Vit. Nutr. Res 68 (1998)-Cunnane , 1995, Nutrition Advisory Panel, 1995).

The most important interference is an excess of Omega-6 fatty acids in the bloodstream competing for the same enzymes as Omega-3s for a similar type of metabolism that could inhibit conversion by as much as 40%!This explains why a high intake of Omega-6 fats in the diet, mainly coming from vegetable oils, prevents the metabolism of ALA to DHA.
Other problems might also inhibit the conversion process, such as a deficiency in certain vitamin and mineral co-factors (vitamin B3, B6, B12, C, Zinc and Magnesium), aging or disease.

Studies have suggested that certain populations, such as North American natives, Inuit, Orientals, Norwegians, and Welsh-Irish may not effectively convert ALA to EPA in the body.

Flax oil must be refrigerated and will only last two to three months once opened. However it can be stored in the freezer to increase its shelf life. Also, flax oil is very sensitive to oxidation and becomes rancid very easily. Therefore it is preferable to use freshly ground flax seeds instead of the oil.

Also, according to health guru, Dr. Bernard Jensen (Vibrant Health From Your Kitchen), flax oil can weaken the lining of the gut, and can therefore be used for only about three weeks at a time and then be interrupted for at least two months.

In their book called Protein Power: Michael and Mary Eades state: " . . . But taking flax seed oil is kind of like buying crude oil and running it through your home distillery to make gasoline for your car. If that's the only way you can get gasoline, then that's what you have to do. If you can buy the gasoline already distilled, however, it is much more efficient to do that and avoid the hassle of the home distillation process." 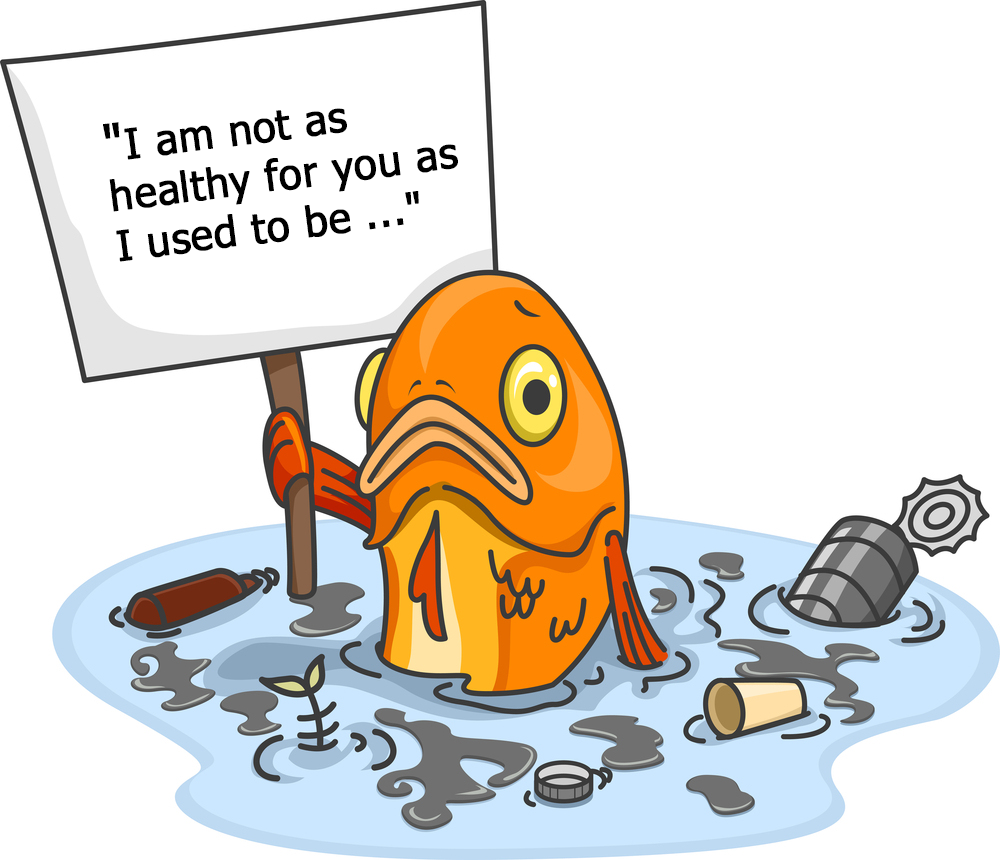 Fish oils vary considerably in the type and level of fatty acid composition. Some factors are: the particular species; the season; water temperature; whether fresh or salt water; gender, and diet. Fish raised through aquaculture tend to have lower levels of omega-3 fatty acids than those in the wild. A female with its roe is a much higher source of fatty acids than is the male. Cold water fish are the richest sources of EPA and DHA.

DPA is present at very low levels in fish oils relative to EPA or DHA, but is almost as important as either of them. Research has shown that seal oil is more beneficial than fish oil to those at risk of heart disease and diabetes. This is likely due to the relative absence of DPA in fish oil and the slower rate at which the body is able to extract and utilize the EPA and DHA content of fish oil. Seal oil can supply up to ten times more DPA than fish oils.

The relative proportions of omega-3 PUFA in most fish oils does not correspond well with that of human breast milk.

Fish oil supplements may not be suitable for infants and small children, whose brains have no apparent requirement for EPA. It has also been suggested that fish oil fed to infants can mildly impair their growth. High dosages of cod-liver oil can possibly lead to a toxic amount of vitamin A.
Some fish oil formulations contain oxidized fish oil and possibly other contaminants such as mercury, dioxins and dioxin-like PCBs.

Often, fish oils are obtained by grinding, cooking and pressing whole fish or fish offal, or by manufacturing an amalgam of highly concentrated fish forms. Also, most of the fish oil can become oxidized during processing by heat, temperature and exposure to air. Theoretically, it may become rancid. 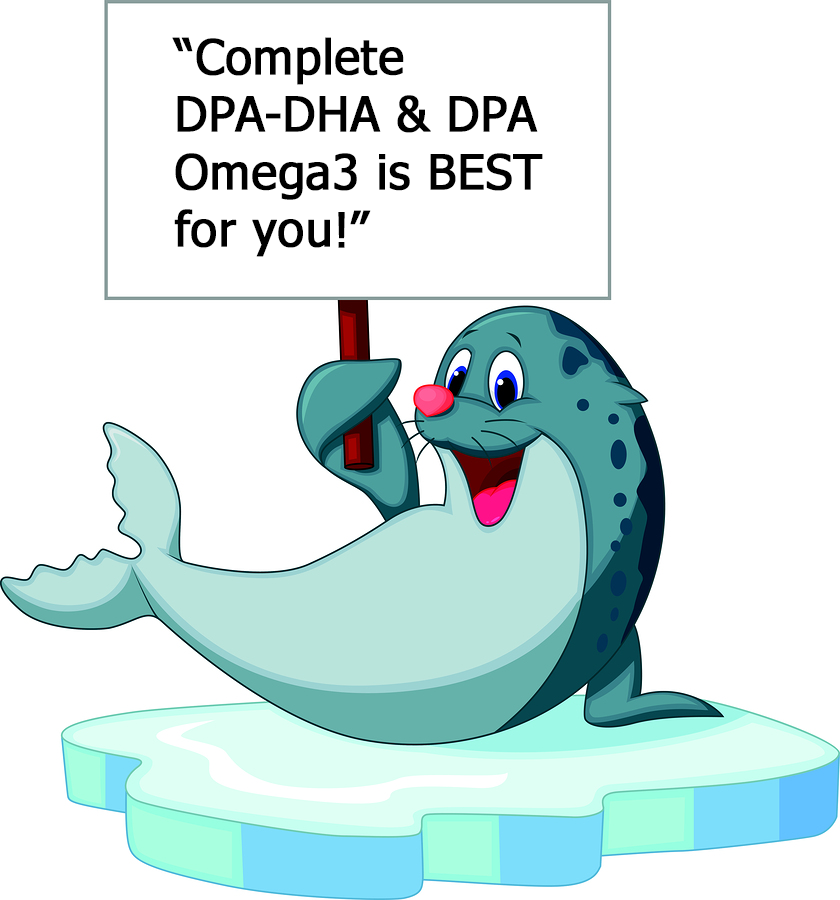 There is a common and understandable misconception regarding the seals exploitation and the cruelty associated with it. In Canada, the commercial harvest of the seals is stringently regulated by the federal government and is in compliance with strict health food production standards.

Its quota changes every year to preserve an eco-balance offsetting the overabundant harp seals and the depletion of fish stocks. Found abundantly in the waters off Newfoundland and Labrador, harp seals are a renewable resource that has been incorporated into the culture and heritage of Atlantic Canada.
Therefore, the harp seal population is in no way jeopardized by the development of its controlled commercial harvest, supported and promoted by the government of Newfoundland and Labrador

Seal oil is the only marine derived Omega-3s that yields EPA, DHA and DPA, making it the most synergistically complete.

"In comparing seal oil with fish oils, assimilation of seal oil into the body is more efficient than fish oils. EPA, DHA and DPA in seal oil are located primarily in the terminal positions of the triglyceride molecules (as in humans) while they are preferentially present in the middle position of triglycerides in fish oils.
The difference in the location of the omega 3 PUFA is a major reason for the superior effect of seal oils compared to fish oils in disease prevention and potential health benefits." Ackman and Raynayake, Health Effects of Fish and Fish Oils, Edited by R.K. Chandra. ARTS Biomedical Publishers and Distributors Limited, St. John's Newfoundland, pp.373-393, 1989.

This essential difference of chemical structure between seal oil and fish oils gives seal oil the same biological proportions that are found naturally in the human body. This similar molecular structure enables seal oil to penetrate the bloodstream more easily and rapidly than any other source of Omega-3s, with a more complete metabolic absorption and assimilation in the body, leading to superior results.

Seal oil is the ONLY supplement rich in natural DPA. Its high level of DPA is up to ten times that of fish oils. With the exception of seal oil, the highest incidence of DPA is in human breast milk. As a matter of fact, DPA and DHA in human milk exist in significant amounts that are almost equal, while there is very little EPA. This suggests that EPA does not have much function in the early stages of development, and that DPA and DHA are both equally essential for growth and development.

About one-third of the long-chain omega-3 fatty acids circulating in human blood is attributable to DPA.
Because of this, DPA has become of great interest to medical researchers in both France and Japan. It seems that in the blood vessel walls, EPA may actually be converted to DPA as the effective agent; therefore the function of DPA would be similar to EPA.

Japanese researchers at the Tokyo Medical and Dental University in Tokyo have shown that the one stimulating effect of EPA on endothelial cell migration occurs via DPA, which may act as a powering anti-atherogenic factor. Although it has been believed that EPA is the key in producing prostaglandin that keeps the artery walls soft and free of plaque, this study has indicated that DPA may be 10-20 times more powerful than EPA in this effect.

As a matter of fact, scientists were initially fascinated by a surprisingly low rate of mortality from cardiovascular disease revealed in a landmark study of Greenland Eskimos. The scientists attributed the low incidence of heart disease among the Inuit to their high-fat diet primarily from seal and fishes.

Seal oil is virtually free of cholesterol, while many fish and fish oils are relatively high in cholesterol.

Also unlike both flaxseed and fish oils, seal oil has only traces of omega-6, and is therefore believed to be the product best suited to immediately and effectively reduce the diet imbalance in industrialized countries of excessive omega-6 EFA intake and lack of omega-3s. Flaxseed oil has nearly three times the omega-6 content of seal oil.

Flaxseed oil is very vulnerable to rancidity and oxidization. Fish oil is also susceptible to oxidization, whereas seal oil is more stable. Preliminary experiments by Drs. Nakhla and Davis have shown that the extent of oxidization of omega-3 fatty acids in seal in vitro is less than half that observed in fish oils.

Because seal oil comes strictly from seal blubber, it is purer than fish oils.
Not only is Bio+MEGA3® seal oil "bio-filtered" - because seals use their metabolic and digestive systems to filter out the many natural impurities found in fish - but it is cold pressed and further mechanically purified, leading to its superior quality and purity. Bio+MEGA3® therefore supply a naturally purified and high quality source of omega-3 fatty acids.

The government of Canada has recently recommended that Canadians between the ages of 25 and 49 take a total of 1.5 Gr of Omega-3 fatty acids daily.
The Nutrition Recommendations for Canadians announced that "Omega-3 polyunsaturated are essential nutrients for maintaining good health, normal growth and development."

The United States Department of Health and Nutritional Services, The National Institute of Health, and the Life Sciences Research Offices of the Council for Responsible Nutrition have agreed that the daily intake of Omega-3 fatty acids should increase to 1-3 grams per day.

The World Health Organization (WHO) recently recommended that the daily intake of omega-3 should be increased above that consumed today by mature adults.

A report from the government of Newfoundland and Labrador has stated:

"Recent studies have demonstrated the DHA supplementation during pregnancy and lactation is necessary in order to prevent deficiency of the mother's DHA status during these periods in order to meet the high fetal requirement for DHA.

It has also been shown that premature babies have lower levels of DHA in their tissues as compared to full-term babies. Thus, supplementation of infant formula with DHA/marine oils may be necessary in order to provide them with as much DHA as that available to their breast-fed counterparts.

Feeding infants with baby formulas devoid of omega-3 fatty acids resulted in the lack of deposition of DHA in their visual and neural tissues with its adverse effects on vision and nervous system development."
Evidence that DPA is an essential inclusion in the diet of infants supports the fact that seal oil is considered an excellent source of the essential fatty acids required by pregnant women and nursing mothers.

Dr. A. Simopoulos, in a NATO Advanced Workshop on Dietary omega-3 and omega-6 fatty acids, reports as a desirable intake 300-400 mg per day of long-chain polyunsaturated fatty acids. The conclusion is that 2 to 4 g per day of seal oil would constitute a reasonable intake of Omega-3 long-chain fatty acids. In seal oil the proportions of all three fatty acids are, as said, very close to what the blood normally provides to all body organs.